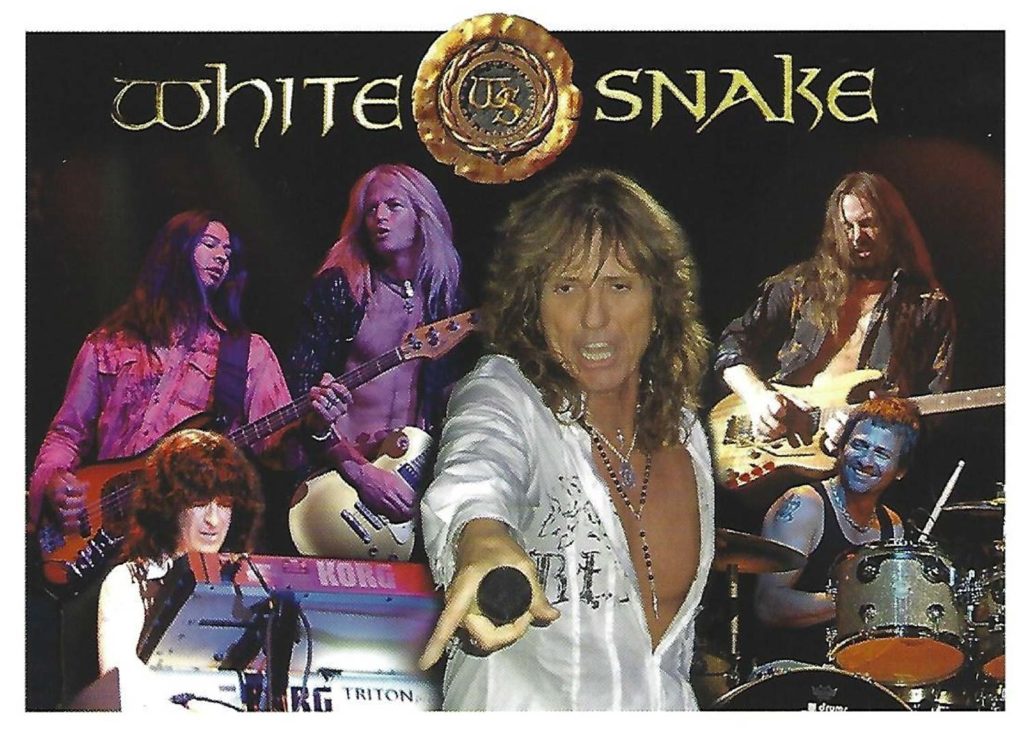 The amazing David Coverdale with the Whitesnake appeared with the rock veterans, Scorpions, who returned to Athens !

This is a titanic alliance that took place exclusively in Greece to celebrate the thirty-five years carrier of the German hard rockers, which was marked by the latest release of the triple “best off”, with the general title “The Platinum Collection” by EMI.

This July we witnessed a new attendance record that exceeded the 26,000 thousand spectators. It’s logic, If we consider that Whitesnake filled the Lycabettus Theater in the summer of 2003!
Four hours of spectacle, dozens of anthems of european hard rock, took place on July 19 at Karaiskaki Stadium.

Whitesnake are a hard rock band formed in London in 1978. The group was originally put together as the backing band for singer David Coverdale, who had recently left Deep Purple. Though the band quickly developed into their own entity, Coverdale is the only constant member throughout their history.

Whitesnake enjoyed much success in the UK, Europe and Japan through their early years. Their albums Ready an’ Willing, Come an’ Get It and Saints & Sinners all reached the top ten on the UK Albums Chart. By the mid-1980s, however, Coverdale had set his sights on breaking through in North America, where Whitesnake remained largely unknown. With the backing of American label Geffen Records, Whitesnake released their eponymous album in 1987, which became their biggest success to date, selling over eight million copies in the US and spawning the hit singles “Here I Go Again” and “Is This Love”. Whitesnake also adopted a more contemporary look, akin to the Los Angeles glam metal scene. After releasing Slip of the Tongue in 1989, Coverdale decided to put Whitesnake on hold to take a break from the music industry. Aside from a few short-lived reunions in the 1990s, Whitesnake remained mostly inactive until 2003, when Coverdale put together a new line-up to celebrate the band’s 25th anniversary. Since then Whitesnake have released four more studio albums and toured extensively around the world.

Whitesnake’s early sound has been characterized by critics as blues rock, but by the mid-1980s the band slowly began moving toward a more commercially accessible hard rock style. Topics such as love and sex are common in Whitesnake’s lyrics, which have been criticized for their excessive use of sexual innuendos and double entendres. Whitesnake have been nominated for several awards during their career, including Best British Group at the 1988 Brit Awards. They have also been featured on lists of the greatest hard rock bands of all time by several media outlets,[1][2] while their songs and albums have appeared on many “best of” lists by outlets, such as VH1 and Rolling Stone.